Back in the day, all the cool kids were unanimous in their opposition to puritanical scolds of the time, the PMRC. For those who didn’t live through it or simply don’t recall, the Parents Music Resource Center was a committee comprised predominantly of the wives of Washington elites who were Deeply Troubled by the lack of content warnings on major recordings. In short, they wanted a warning label on pop and rock records which contained racy lyrical content so they could theoretically police their kids’ purchases. Needless to say, the PMRC created a shitstorm of controversy, and the ensuing schism predictably arrayed public sentiment into two camps. The forces of secular liberal rock n’ roll freedom were set against the forces of stodgy, repressive secular conservatism. The PMRC’s crowning achievement was a televised Senate hearing in 1985 which ultimately ushered in the era of the Parental Advisory sticker warning on albums.

Despite the industry concession, the hearing produced three of the most memorable and pugilistic anti-censorship speeches ever delivered by modern musicians. Not the least of which was Frank Zappa’s combative diatribe. Who didn’t relish hearing Frank Zappa dish out such well deserved scorn and contempt on this self-appointed group of busybodies?

The PMRC got their warning sticker, but the entire crusade seemed like a pyrrhic victory. All it did was incentivize rockers to make records that would earn them the sticker. The Parental Advisory became a new badge of honor for the edgy rocker or rapper. What kid didn’t want to buy the album with the Parental Advisory warning? Musicians boasted about its instant appeal. At the end of the day, the PMRC seemed like an orchestrated stunt which ultimately emboldened and sanctified the rebellious rocker who gleefully held his middle finger aloft in permanent defiance of all would-be establishment moral authority. “Fuck off, prudes” was rock n’ roll’s permanent answer to any pleas for restraint from morality cops. 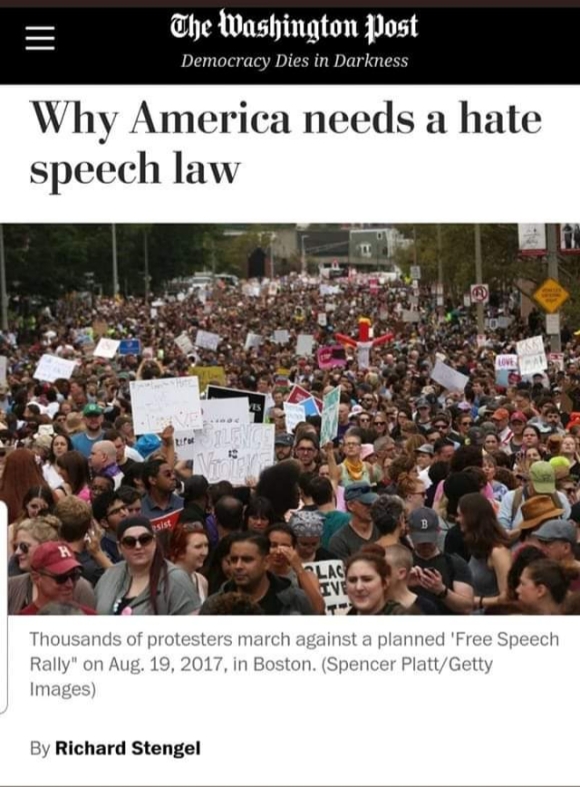 However, I believe the PMRC was a harbinger of a far more pernicious trend that has achieved its ultimate and inevitable conclusion in what has now been deemed Cancel Culture. The abiding lesson that the social engineer class likely recognized (planned?) from this exercise is that top down enforcement of morality doesn’t work. Subsequently, the various gatekeepers of cultural consensus who inhabit the academic, media and entertainment spheres have cleverly smuggled a tightly knit package of woke pieties into the public consciousness through a multigenerational indoctrination campaign that is now reaping its harvest. If you can succeed at encapsulating vast social evils into omnipresent yet infinitely subjective terms like “patriarchy”, “toxic masculinity” or “rape culture”, people won’t just accept censorship. They’ll actively police content for signs of transgression and demand it. It’s the type of Pavlovian style psychological conditioning that Aldous Huxley portrayed in vivid detail in Brave New World.

All of which brings me to John Legend and Kelly Clarkson’s abominable turd of a remake of “Baby, It’s Cold Outside”. To anyone who’s attuned to methods of the Missionaries of Wokegnosis, this is a sad inevitability. Any time you see a steady drip of woke thinkpieces in the media or gender studies papers bitching about something being “problematic” on one or more grounds of woke sin, you can predict with absolute and ironclad certainty that this particular piece of pop culture has been slated for demolition.

The ways that this remake is a pointless, hypocritical and destructive affront to a wonderful song are manifold, but the most egregious of which is the sanctimonious aura of moral authority that is implied by its very existence. The entire realm of rock and pop has maintained a posture of unrepentant hedonism and decadence since Elvis gyrated his hips on Ed Sullivan. “Fuck off, prudes” and “Don’t be rapey, you misogynistic bigot” are mutually exclusive positions. You can’t have it both ways, assholes.

Are they taking aim at Cardi b’s “Stripper Hoe” or Ariana Grande’s “Side to Side”? Of course not. Instead, they create a shitty revision of a beloved song just to virtue signal and score a few cheap #MeToo points from blue checkmarks on Twitter. Why? Because it’s easy. They can point the finger at The Past and tear down the achievements of others for failing to pass the fake moral purity test of the hashtag warriors. 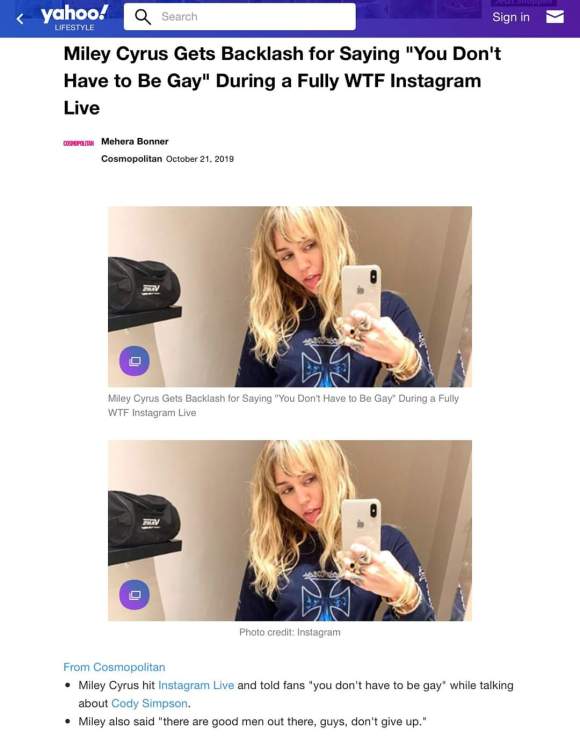 The worldview which gave rise to this posture of pious censoriousness is straight out of the Herbert Marcuse School of Repressive Intolerance. It thrives on a presumption of an irreconcilable Left/Right dialectic in which all forms of convention or tradition which can be even loosely attributed to the Judeo-Christian worldview are forms of false consciousness which must be summarily torn down and remade in a progressive mold. Sadly, this is why the Missionaries of Wokegnosis cannot actually create anything of lasting value let alone anything people really want to consume. All they can do is infiltrate the legacy of works created by others and tear them down by imposing their idiotic and misguided ideology. These people simply cannot create original works that stand on their own merits. They can only desecrate the works of minds far superior to their own. 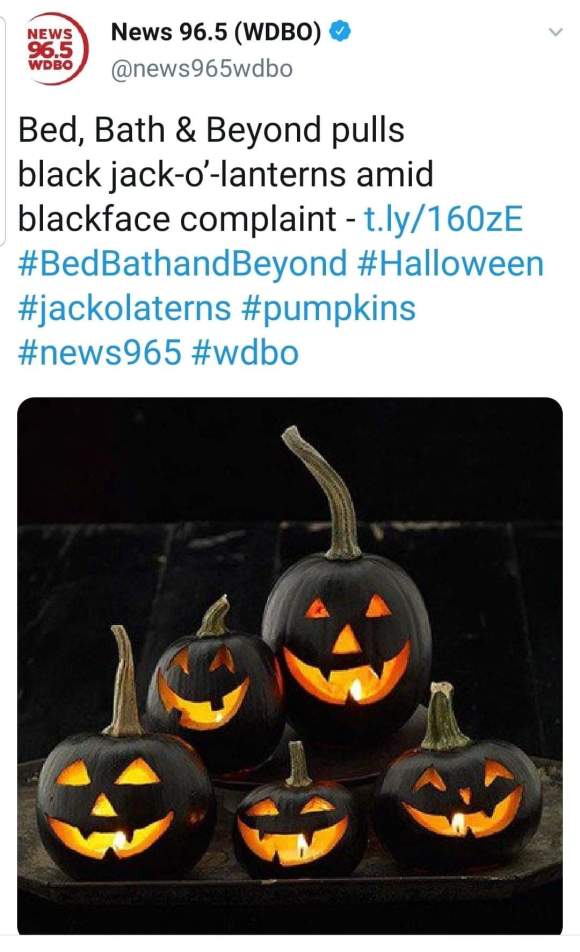 In retrospect, the PMRC seemed far more honorable than the woke revisionists of today because at least they were reasonably consistent about which songs they believed contained morally questionable or reprehensible content.

The same cannot be said about the phony #WOKE posturing of John Legend and Kelly Clarkson in their pointless and wretched revision of “Baby It’s Cold Outside”. In an utterly shameless grab for virtue points from their online echo chamber, the song is nothing but a cavalcade of the same dumb clichés and platitudes that already permeate the culture. It’s bad enough that a company which manufactures shaving products for men has to push this toxic gruel into the public square, but it’s even worse that the simple pleasures that everyone could once enjoy during Christmas have to get a woke makeover.

Emma Watson has said she prefers to call herself "self-partnered" rather than single as she approaches her 30th birthday. https://t.co/5UVDVzahvS

This is ultimately what makes John Legend and Kelly Clarkson’s transformation into the Donnie and Marie of Cancel Culture just another contemptible manifestation of America’s descent into Clown World. The most decadent and compromised people on earth are dispensing moral lectures by ruining Christmas songs. Men and women can’t be flirtatious and fall in love anymore. Courtship and chivalry don’t exist. Subsequently, the ultimate virtue is for the man to treat women like radioactive material while encouraging her to #shoutyourabortion and be a “self-partnered” wine aunt. The sheer cynicism and hubris is what makes this truly detestable. It is designed to be the turd in the Christmas punchbowl. They knew it would spark a backlash and they’ll respond with some other predictably idiotic cliche about how they’re “just trying to start a conversation” or “raise awareness”. We’re not buying it, assholes. Do us all a favor and cancel your shitty and unnecessary remake.