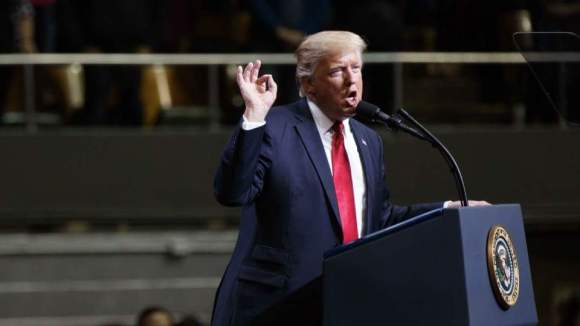 As Trump began implementing his agenda in the early days of his administration, the daily drumbeat of outrage was as predictable as it was consistent. Whether it was denunciations of Rex Tillerson’s perceived conflicts of interest or Betsy Devos’ lack of credentials, Trump’s agenda sparked a howl of autistic screeching that now comprises a wall of digital noise that permeates the mediasphere. Each day ushered in a new set of perceived assaults on the moral fiber of the republic, but there was one agenda item that seemed to rise above others as an especially odious affront to civilization. Trump wanted to cut funding for the ARTS AND HUMANITIES. Cue Colonel Kurtz. The tremors of terror that rippled through the arts commmuniity were palpable.

It was bad enough that Neil Gorsuch secretly wanted to repeal Roe v. Wade and Betsy Devos’ appointment was a Trojan Horse for the reinstatement for school prayer. This was something infintely worse. This was seemingly an act of sabotage on the cornerstone of culture itself: ART. The indignation that emanted from the intelligentsia played out like an ad-lib. Shame on you, President Literally Hitler! Do you know who else banned art? HITLER! How dare you propose something so barbarous and regressive! You’re obviously just an unenlightened, pussy grabbing boor for even suggesting such a thing! The calls for defunding renewed, and like clockwork, the progressive establishment revved up the outrage all over again. The condemnation from all corners was strident and unanimous.

Though Trump is not the first to threaten this funding, we have yet to see any actual results from any Republican president. Reagan famously made a similar threat only to later add it to an ever accumulating pile of broken conservative promises. Apparently, we may never see any follow through. Early reports on the latest budget agreement indicate he has already capitulated just like Reagan. Regardless, I still believe his original instincts were correct and he he should have pulled the plug from the funding of the entire federal arts establishment from the budget.

In the interest of full disclosure, I will make two confessions from the outset. First, I’m an artist myself and there’s no doubt in my mind that if you were to list out all of the recipients of federal arts funding, there’d be much I’d either support outright or find commendable at minimum. Second, this was a taxpayer endeavor to which I was once fully sympathetic and wholeheartedly endorsed. This essay represents a change in a once deeply held conviction.

There are five arguments for defunding the arts programs:

Taxpayer funded art is yet another example of how appealing rhetoric trumps outcomes. Even if you agree with every dollar of funding alloted, there will be a segment of the population who does not. Progressives always tout the size of the budget as a pittance relative to other federal expenditures, ergo all this is much ado about nothing. But if it’s truly so inconsequential, why the indignant pronouncements of moral condemnation? Why the supercharged proclamations of barabarism and small mindedness? Deploying state coercion to compel the provision of an abstract ideal of Common Good should be viewed with the greatest skepticism and the most vigilant restraint.